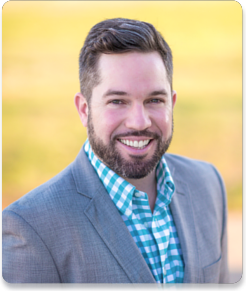 He regularly attends local and national orthodontic meetings to stay on the cutting edge of orthodontic technology, and is a member of several orthodontic and dental treatment study clubs. Dr. Kierl was recently recognized as a “Young Leader in Orthodontics” by the American Association of Orthodontists.

Dr. T. Philip Kierl is a native of Edmond, Oklahoma, and is excited to practice orthodontics with his uncle and wife in the town where he grew up. In his free time he enjoys working on home improvement projects and spending time his wife Heather, daughter Vivian, and his Boxer named Hosty.

Our Patients Love Us

“You changed my entire life! I am so thrilled with my smile. The best investment is in your smile, I am to the moon with my results. I will forever recommend to make one of the best choices of their life by starting with that one magical complimentary appointment with the man himself, Dr Keirl.” ~ Heather T. “Kierl Orthodontics is the best. They don't try to oversell you. I've never had to wait more than 5 minutes for my appointment, even if I've come early. Most importantly, they care greatly for their patients, always considering what's best for them.” ~ Linda W. “Aside from the great work that they do, the staff at Kierl Orthodontics are the nicest and happiest people I've met! I can't think of one thing that would make my visits better or more enjoyable!” ~ May C. “Kierl Orthodontics is amazing! They have taken wonderful care of me the past year while having braces and Invisalign. They are perfectionists at their job, which is what I wanted when fixing my teeth. My teeth look perfect and I would (and already have) recommend them.” ~ Merrick F. “Dr. Kierl does great work and always takes the time to explain what's going on in my treatment, and he always checks to make sure I'm OK and that I am happy with how my treatment is going. He is extremely ethical and he really does care about people, which is hard to find nowadays.” ~ Janét J. “I would recommend Dr. Kierl to everyone, no matter the age! My treatment was very short, and I am VERY pleased with the results! I have more confidence with my smile and as a 26-year-old trying to work my way up the corporate ladder, confidence is key! Consultations are FREE! Go make an appointment today!” ~ Jaclyn S.

send us
a message